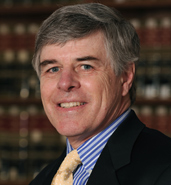 Curriculum Vitae
Since joining the UNC-Chapel Hill faculty in 1983, John Conley’s principal research and teaching interests have been in law and social science, and intellectual property law.
After serving as a scuba diver with the New England Aquarium in Boston, Massachusetts, Conley received his J.D. in 1977 and a Ph.D. in anthropology in 1980 from Duke University. He was editor-in-chief of the Duke Law Journal and was elected to The Order of the Coif. He practiced law in Boston and in Charlotte, N.C., for six years, specializing in civil litigation. He also served as an adjunct professor at Boston College Law School.

Abstract
Cynthia A Williams, Osler Chair in Business Law, Osgoode Hall Law School, York University, Toronto; John M Conley, William Rand Kenan Jr. Professor of Law, the University of North Carolina School of Law
Recent developments in banking, including high-profile prosecutions for illegal activities, suggest further regulatory interventions on both sides of the Atlantic. Yet the structure of much banking regulation requires banks to make good faith determinations of the type of risks to which their loans give rise – determinations that can be and, in some cases have been, manipulated. Rather than evaluating specific regulatory interventions, this chapter will focus on the culture within financial institutions themselves, particularly the global entities that are explicitly or implicitly too big to fail, and on approaches to regulation that might affect and be affected by that culture. Our analysis is informed by the perspectives of anthropology, organisational and social psychology and new governance regulatory theory.