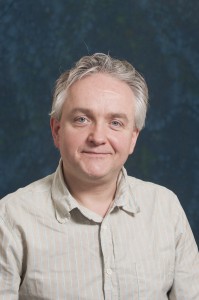 Definition of Responsible Investment Banking
The concept of responsibility, which relative and fluid, is not amenable to simple definition.

Curriculum Vitae
Dr. Owen McIntyre is a Senior Lecturer and Director of Research at the Faculty of Law, University College Cork. His principal area of interest is Environmental Law, with a particular research focus on International Water Law. He serves on the editorial boards of a number of Irish and international journals and is widely published in his specialist areas. Current international appointments include:
– Chair of the IUCN World Commission on Environmental Law’s Specialist Group on Water and Wetlands;
– Honorary Lecturer at the UNESCO Centre for Water Law, Policy & Science, University of Dundee;
– Panel Member of the Project Complaints Mechanism of the European Bank for Reconstruction and Development (EBRD);
– Member of the Scientific Committee of the European Environment Agency.
In April 2013, the Irish Minister for Agriculture, Food and the Marine appointed Dr. McIntyre to the statutory Aquaculture Licences Appeals Board.

As investment banks, both multilateral development banks (MDBs) and private sector actors, adopt comprehensive environmental, social and governance policies and standards to circumscribe the projects and activities they finance, these policies and standards both reflect and contribute to the formation of a broad range of widely accepted standards of good governance which are increasingly understood as formal legal or quasi-legal requirements. Such policies and standards promote a number of core ‘good governance’ values, including transparency of decision-making, broad public participation in decision-making, delivery of reasoned decisions, reviewability of decisions, accountability of decision-makers, and respect for proportionality in decision-making, which are prevalent in national systems of administrative law and increasingly applied, mandatorily or voluntarily, to a broad range of actors including private sector lenders. The ESG policies and standards initially adopted by MDBs, which often incorporate and informally enforce values set down in national and international law on environmental protection and human rights, are now reflected in the Equator Principles adopted by 72 private sector lenders in 32 countries. This organic tendency towards the emergence of a set of universally accepted good governance standards, applying to both public and private actors at the global, regional, national and local levels of administration, has been described by observers as the phenomenon of ‘global administrative law’. Therefore, the trend in investment banking towards the adoption and implementation of ESG policies and standards can be explained in terms of global administrative law while, at the same time, the investment banking sector might be regarded as an exemplar of this gradual move towards the development of global standards of good governance practice.