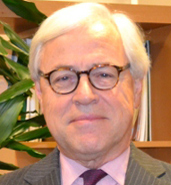 Profession / Affiliation
Chairman of the Global Reporting Initiative – GRI, impact investor
Herman Mulder is a member of the board of the Dutch National Contact Point (NCP) of the OECD Guidelines for Multinational Enterprises. Mulder is a former senior executive vice-president at ABN AMRO, and is now an independent board member with a focus on sustainable development issues.

Abstract
Understanding Pain: moving forward with the sustainability agenda
At this year’s OECD Global Forum on Responsible Business Conduct (June 2013), the terrible tragedy of the collapse of the Rana Plaza garment factory in Bangladesh that killed more than 1,000 workers rightly took centre stage. It reminded us all – governments, factory owners, product off-takers, but also financial institutions (investors and banks) – that we must take responsibility for the value chains of our businesses. The sustainability agenda is progressing with regard to public and private sector stakeholders, including the financial sector, and current momentum is irreversible in eliminating the short-termism that has dominated the financial sector for too long: the Working Party conclusions at the OECD forum re-confirmed that the financial sector is now part of the OECD MNE Guidelines, and European Commissioner Michael Barnier’s structural reform of banks has indicated that “corporate transparency is key to a prosperous and sustainable future”. Barnier’s “report or explain” proposal that insists large companies disclose information on the major economic, environmental and social impact of their businesses as part of their annual reporting cycle is also of major importance. Unfortunately, the uncomfortable truth is that pain is often the driver of gain and many of the successes of the sustainability agenda have relied on a push from a major crisis or serious wake-up such as Rana Plaza. It is my opinion, that there could be another serious crisis around the corner that will emanate from the workers in the value chain upon whom we, the affluent society, increasingly depend and continue to ignore, even exclude, and whose natural environment and GDP we are seriously affecting. The warning signals are there and, if we take our feet off the accelerator this, too, could be a global game changer.