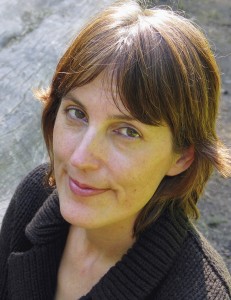 Profession / Affiliation
Director of an environment and human rights organization

Definition of Responsible Investment Banking
Not bankrolling companies that destroy communities’ livelihoods and trash the environment.

Areas of Expertise
My training is in biology, but my research is focused both on the environmental and social impacts of large infrastructure, mining and energy projects.

Curriculum Vitae
Heffa Schuecking is the founder and director of the German environment and human rights organization urgewald, which focuses on the impacts of German companies and banks abroad. She has two decades of experience campaigning on financial institutions and is considered to be one of the most effective environmental advocates in Germany.

In 1994, Heffa was the first German to win the prestigious Goldman Environmental Prize, often referred to as the “Green Nobel”. And in 1995, she was designated “Woman of the Year” by Mona Lisa, Germany’s most influential women’s TV show. She has designed many inspirational and successful advocacy campaigns and was awarded the annual Utopia Prize in the category “Exemplary Individuals” in 2010. In the same year, her organization received the Solbach-Freise Award for Civil Courage. Urgewald plays a leading role in the international NGO network “BankTrack”, which monitors the activities of commercial banks worldwide and seeks to establish binding environmental and social policies for the financial sector.

Heffa has researched, written and contributed to innumerous publications on banks’ responsibility for destructive investments in developing countries and Eastern Europe. Her latest report is entitled “Banking on Coal” and was published in 2013. Heffa studied biology and ethology and lives in Sassenberg, Germany.

Abstract
Over the last decade, commercial banks have signed on to a number of sustainability initiatives. They have established corporate social responsibility (CSR) departments and begun reporting regularly on CSR issues. The question remains, however, whether these measures have led to tangible improvements in banks’ portfolios.

Answering this question is not easy as banks do their best to keep us in the dark, when it comes to their portfolios. The climate issue is a case in point. While most banks provide figures regarding their support for renewable energy, they neither track nor publish their investments in fossil fuels.

Based on original research, this article therefore puts a spotlight on banks’ coal investments. The enormous boom of the coal sector is the number one cause of the rising CO2 emissions driving global warming. Although banks acknowledge the severity of the climate crisis, this has not led to a reduction of financial flows to the coal sector. On the contrary, our research shows that commercial banks’ contributions to coal mining companies have grown by almost 400% since 2005, the year the Kyoto Protocol came into force.

While many international public financial institutions such as the World Bank, the European Investment Bank, the European Bank for Reconstruction and Development and the export banks of the US and the Nordic countries have begun to restrict coal financing, private banks are marching quick step in the opposite direction.

So-called sustainability indexes and ethical rating agencies are unfortunately part of the problem as they turn a blind eye to the climate impacts of banks’ portfolios. Banks’ CSR statements and reports all talk about “combatting climate change”, but their portfolios speak a different language. It translates into: burn, baby, burn.

Network
urgewald is a member of BankTrack, an international advocacy network that tracks the activities of private banks.