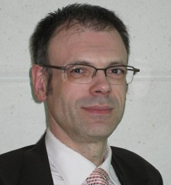 Definition of Resposible Investment Banking
“We try to act in a particularly effective and useful way for the planet as well as for all our clients.”

Curriculum Vitae
Eric Cochard is Head of Sustainable Development at Crédit Agricole CIB since 2007.
A civil engineer graduated of Saint Etienne School of Mines (1978) with an engineering doctorate on the mining economy (CERNA 1983), he joined the Crédit Lyonnais Industrial Research Department, the technical and financial nature of which allowed him to link industry with finance.
He then spent 10 years in project financing in the mining and metallurgy sector.
It was during this time that the Equator Principles were drawn up. He therefore took up the double role of heading up mining project financing while applying the Equator Principles.
He has been Head of Sustainable Development at Crédit Agricole CIB since 2007, coordinating the publication of sector policies for Crédit Agricole CIB.
He is involved in a number of think tanks dedicated to responsible financing, and supported the broadening of the Equator Principles’ scope of application beyond project financing.
As part of Crédit Agricole CIB’s support of the Finance and Sustainable Development Chair at Paris-Dauphine, he is a member of the Steering Committee of the Research Initiative that was created in 2013 to address the issue of quantifying the CO2 emissions attributable to the financial sector.

Abstract
The Equator Principles have become a market standard in the area of project finance within the space of a few years, and now form the basis of environmental and social risk management systems among financial institutions of all sizes and nationality. This in itself is a great achievement that needs to be preserved. The third version of these Principles, launched on their 10th anniversary, broadens the scope of application to certain corporate financing activities directly linked to a project. Even with this development, which concerns financing methods where it seems reasonable to carry out such due diligence procedures, the Equator Principles still only cover a small share of the activity of the commercial banks that have adopted them. Some financial institutions have thus decided to establish broader coverage of their activity using sector CSR policies that specifically set out the environmental and social analysis criteria to be considered when reviewing projects in specific economic sectors. Despite examples of co-operation between banks to establish agreement of the stakes involved and to define best practices, there has not been a coherent response from the financial sector. The implementation of shared policies seems a long way off, and even the definition of guidelines seems complex due to different sensitivities of the financial institutions, which generally reflect the social acceptability of their activities.within the societies in which the banks operate. While difficult, co-operation between financial institutions in the area of sector policies is vital if these policies are to truly contribute to more sustainable development of the economy.

On June 4th 2003, 10 major international commercial banks (ABN Amro, Barclays, Citigroup, Crédit Lyonnais, Crédit Suisse, HypoVereinsbank, Rabobank, The Royal Bank of Scotland, West Lb and Westpac) adopted the Equator Principles, a charter to ensure that the projects they finance are socially responsible and respect the environment.
Ten years later, what might have remained a voluntary initiative for many has become a market standard in the area of project finance and a symbol of responsible behaviour in the banking sector. Nearly 80 financial institutions have signed up to the initiative. However, it has become a victim of its own success, struggling to evolve from its original framework, as a result of which some Equator Principle Financial Institutions (EPFI) have begun to develop CSR sector policies.