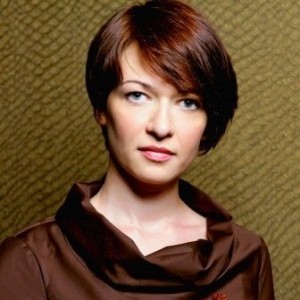 Profession / Affiliation
I am Partner based in the UK, London office. I am leading ERM Sustainable Finance services globally. This is cross-practice service line which covers a range of ERM practices such as due diligence for lenders and impact assessments for developers who are looking for financing across various geographies, particularly in emerging markets; this involves the use of international financing benchmarks for social and environmental risk management such as the Equator Principles and IFC Performance Standards. These very exciting services require a lot of internal coordination to ensure consistency, service excellence and high quality delivery across the regions.

Definition of Responsible Investment Banking
Responsibility in investment and banking means making investments with greater sense of accountability and ownership, particularly regarding risk identification and management. It also means that decisions are made in dialogue and close cooperation with stakeholders especially with local population and aimed to contribute to sustainable development.

Areas of Expertise
I am providing advice to both financial institutions and developers mainly in Mining, Oil&Gas and Infrastructure on implementing bankable requirements in the local content to secure financing of the projects. These generally have a particular focus on social and environmental risk management including effective stakeholder engagement, alignment with requirements of EBRD, IFC and Equator Principles and involve managing multinational teams https://diamonds.com/online-xanax/ and working in different countries which I really engoy, e.g. I have worked in UK, Turkey, Bulgaria, Mongolia, Kazakhstan, Kyrgyzstan, France, Ukraine, Russia, Germany, Australia, Armenia, Guinea, South Africa and USA.

Hobbies & Social Engagement
As I travel often for work, I enjoy spending my free time with family and friends, both in Moscow and London, I love modern art, ballet, enjoy painting and yoga.