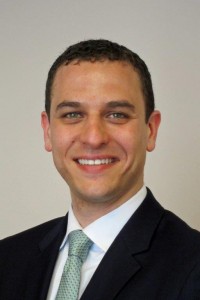 Profession / Affiliation
Dr. Meyerstein is Vice President, Labor Affairs, Corporate Responsibility and Governance at the United States Council for International Business. Before joining the USCIB, he practiced in the field of international arbitration and public international law at Chadbourne & Parke LLP and Debevoise & Plimpton LLP in New York. He received both his law degree and PhD in Jurisprudence & Social Policy from the University of California, Berkeley School of Law and his BA in English & Comparative Literature and Human Rights from Columbia University. Before entering private practice he served as a Legal Adviser to the Hon. Charles N. Brower of the Iran-United States Claims Tribunal, where he also assisted Judge Brower in his capacity as an international arbitrator at 20 Essex St. Chambers in London. He also served as law clerk to the Hon. M. Margaret McKeown of the United States Court of Appeals for the Ninth Circuit and as a judicial intern for United Nations ad hoc International Criminal Tribunal for Rwanda in Arusha, Tanzania. Meyerstein has published several articles on a wide variety of public and private international law topics, including human rights, sustainable development and international investment treaty arbitration.

Definition of Responsible Investment Banking
Responsibility in investment and banking means thinking not only of the rate of return, but also the long-term impacts of the decision to finance.

Field of research, expertise
I am interested in corporate responsibility and the effectiveness of private, voluntary regulation.

Abstract
This chapter assesses the implementation of the Equator Principles (EPs) based on survey research from participating banks and Equator Principle Financial Institutions (EPFIs). It documents how individual institutions have changed their organisational structures, policies, and procedures after adopting the EPs and how the regime has grown and evolved during its first decade, with particular emphasis on issues of transparency. The chapter closes by considering what lies in store for the next decade of the EPs.